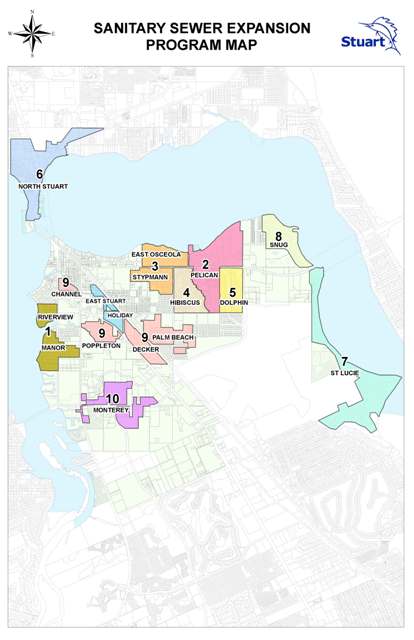 The Stuart City Commission authorized a new sewer expansion program in the City of Stuart and its unincorporated utility service area on August 22, 2011. The proposed sewer expansion program will expand sewer service into areas of the City using low pressure sewer system piping along road right-of-ways and an individual residential grinder pump station at each home. The less capital intensive type system has become a more widely accepted alternative when compared to the cost of a conventional gravity sewer system.

The City of Stuart believes that the elimination of septic tanks in existing neighborhoods reduces the potential for contamination of our area's groundwater and surface water resources thereby improving both the public health as well as the environment. In an effort to address this need, the City of Stuart, through its Sewer System Expansion Program, has committed to funding sewer expansion projects for the extension of sewer systems into existing neighborhoods. The immense scope of this task compared to the limited financial resources available, however, makes it impossible to extend the sewer system into many areas in the foreseeable future.

For this reason, it was necessary to objectively prioritize the order in which worthy projects would be funded. This was accomplished by enlisting the assistance of the Martin County Health Department and the Florida Department of Environmental Protection to assist in identifying neighborhoods with a proliferation of failing septic tanks and prioritizing them based upon public health and environmental concerns.

The first two projects are identified as the Manor/Riverview and Pelican Basins. Engineering design will begin in October, 2011. Once the engineering design and the preliminary cost estimate have been completed, neighborhood meetings will be scheduled. Construction is expected to begin in early 2012 and be completed by September 30, 2012.

Recognizing that the residents of some neighborhoods may wish to connect to the City's sewer system at the earliest possible date, (in some cases long before the neighborhood might be addressed under the existing Sewer System Expansion Program) the City established a process by which residents may expedite the completion of a sewer system project in their area by committing to share in the cost of a new sewer system. This program has been entitled the Neighborhood Initiated Sewer Expansion Program.

As proposed, a property owner in the City's Utility Service Area will have the opportunity to connect to the new sewer system and have their allocated cost added to their monthly utility bill over a ten-year period. 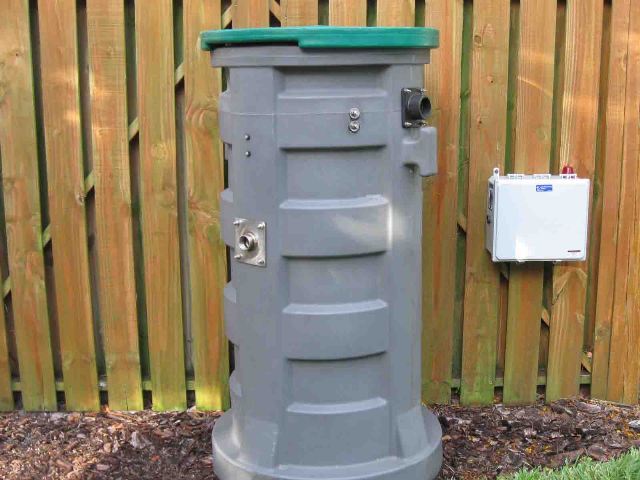 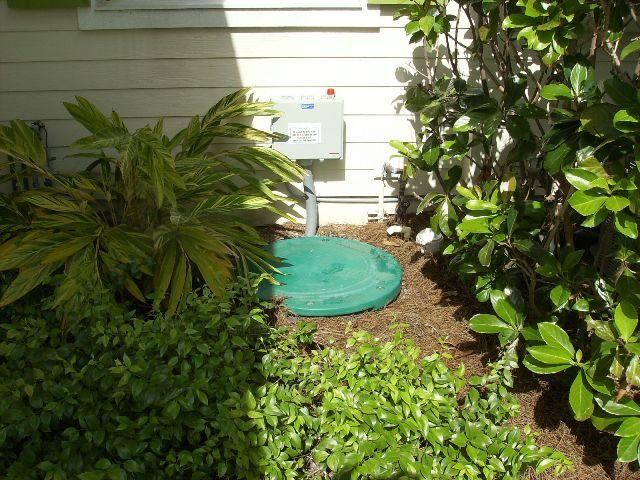